We  travel round the UK, camping and re-enacting the lives of the 19th Indiana. Tight-formation Block-firing in two ranks, musicians, officers and file-closing  NCOs to the rear: Similar to Napoleonic tactics, but with much more reliable and accurate percussion-firing Enfield and Springfield (though still muzzle-loading) muskets. The shock and awe of a full volley is one of the most potent weapons. Other tactics sought to keep a more constant fire, such as fire by file, and fire by rank….rear rank, FIRE!.

However, what makes the  American Civil War so interesting is that tactics evolved. Breech loaded weapons, multi-shot magazines, manned balloon aerial observations, machine guns, submarines,  trench warfare: all these were also used in the conflict. Thus, it spans warfare technologies from Napoleonics through to the 20th Century. 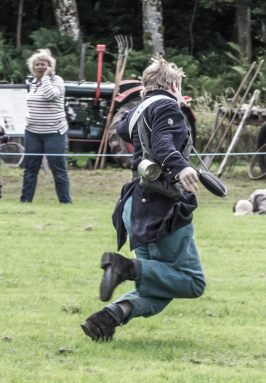 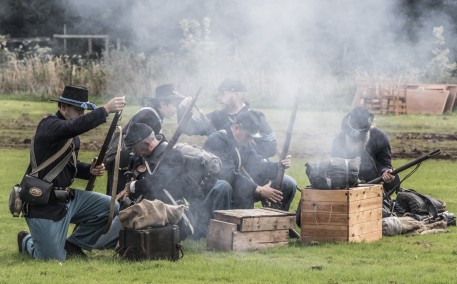 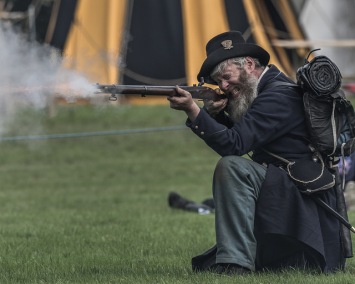 So, while standing fast and firing while stood tall is what the Iron Brigade is noted for, when circumstances allow, we can fire at the Kneel, on the belly, and do full-on charges. Our skirmishes get the blood pumping.

As well as skirmishes and battles, we also do smaller events such as fetes, where we discuss the equipment, uniform, and life of our unit, and explain the relevance of the conflict to British history. 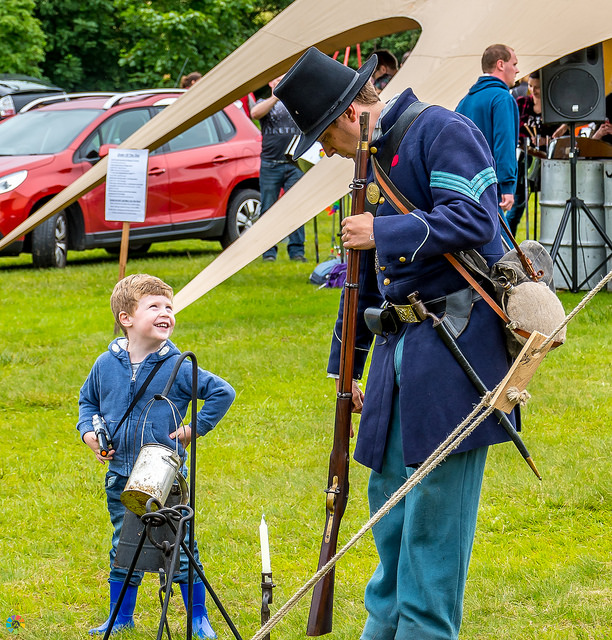 Of course, skirmishes and battles are only a tiny part of the life of a soldier. In normal times, there is coffee, hardtack, and the Ration: We roast and grind our coffee ration, we fry off our saltpork, fresh pork or beef ration, polish our boots, chop wood,  It’s a hard life! 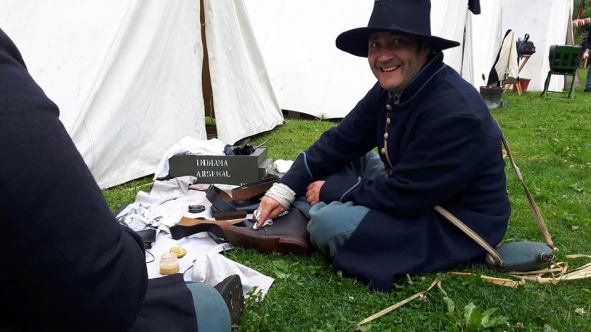 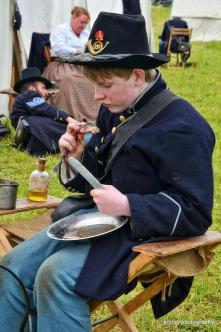 And, foremost for the 19th, there is drill, drill, and more drill. If you want to do your homework, all the correct drill, with pictures, is recorded elsewhere on the web (e.g. http://64thill.org/drillmanuals/caseys_infantrytactics/volume1/part02.htm#85, ) and in Print in “Infantry Tactics: For the Instruction, Exercise, and Manœuvres of the Soldier, a Company, Line of Skirmishers, Battalion, Brigade, Or Corps D’armée, Volume 1, 1862, by Brigadier General Silas Casey. But you should pick it up quickly enough from more experienced members if you give it a try. 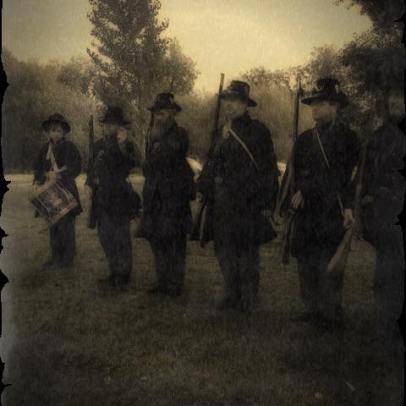 Another aspect of Camp Life is the music. 19th Indiana supplies fifers and drummers to our joint ACWS Band. There is a rich musical tradition from this time. 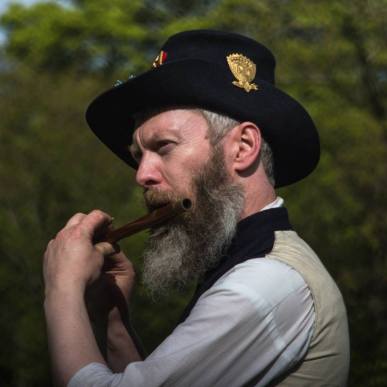 The 19th is a Family regiment. 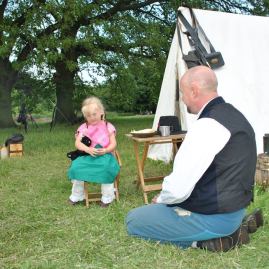 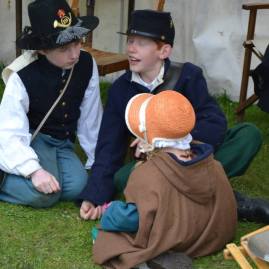 There are many roles to portray. While a majority of us portray soldiers, we also have medical orderlies, civilians in camp portraying family members of soldiers, or camp followers taking in washing, seamstresses, etc. There are options to take part in the battles for women, either making a 20-yard reasonable  impression of a male soldier (there is historic record of this happening for real), or as a Vivandière , aiding soldiers, (as below, see Red trim on blue uniform), or as a nurse.

And if that seems all too energetic, we have a Veteran Reserve Corps too.

And then there is the FUN. 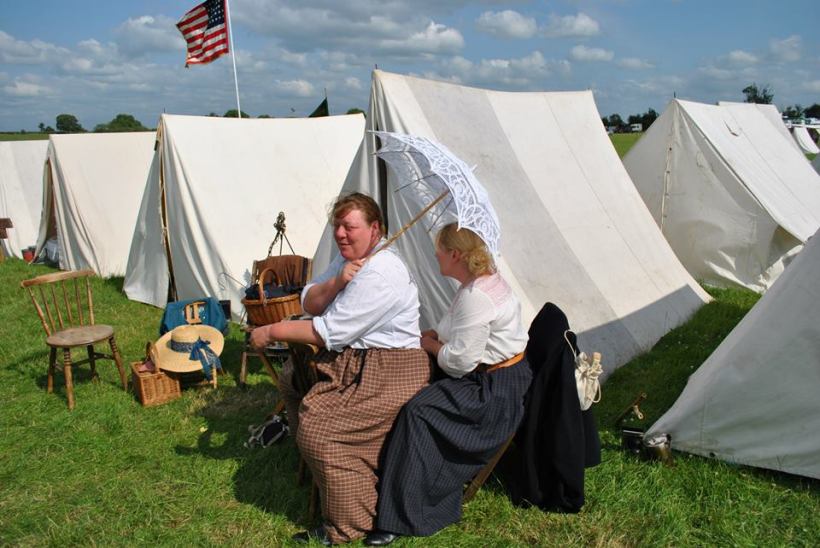 In the winter season, there are things to make 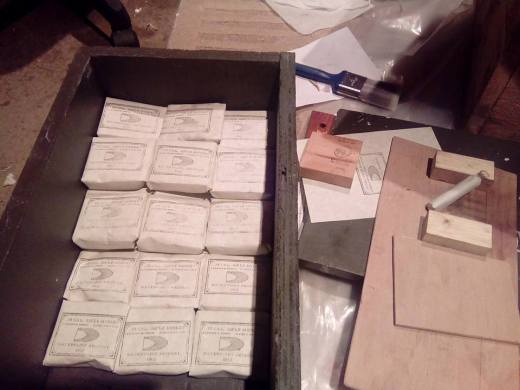 As we all look forward to doing it again next year. Book us for your event,  (see contact) or join us (see Enlist!). It’s a Blast!